Acme Engineering College collaborated with Story Cycle along with partnership with the British Council-Nepal with a vision to scale ‘Our Dream City’ campaign . The primary objective of the campaign is to design and plan for building more inclusive, creative and sustainable cities by facilitating communication between key stakeholders: Municipality (City Officials), Experts (Engineers, Architects, Urban Planners) and Community. 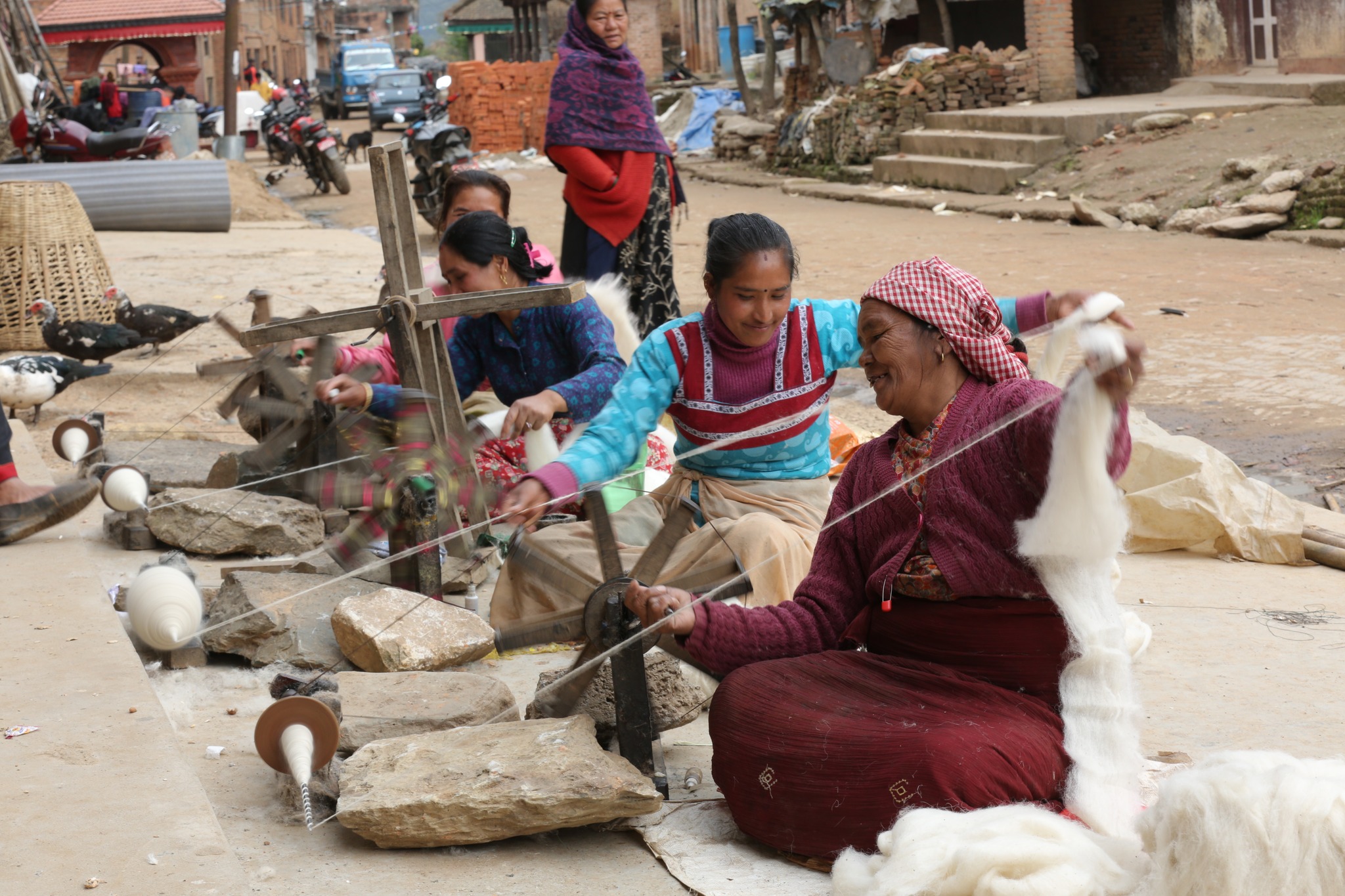 Pyan gaun is a small and beautiful centuries old crafting village of Newars in Chapagaun Lalitpur, just around 14 km south of Kathmandu. The main language of communication in Pyan Gaun is Newari. The major festivals celebrated in Pyan Gaun are Indra Jatra when the people of Pyangaun perform a form of dance known as Kug Pyakha (this dance was done in front of King in Hanuman Dhoka) , Nasa Dyo Puja, Mul Jatra during Chaitra Purnima and Gai jatra.

Anciently  known  as  Sitapur,  Pyangaun  is a century  old  craft  village. Historical stone inscriptions can be seen dated N.S. 922 and 932. As per the locals, it is believed that a Malla king got married in the area and settled with his second wife and established pyang mana pathi production as an economic stability for the area. The village got its name ‘pyangaun’ from its unique profession of making beautiful bamboo buckets used to measure grains. These buckets became regional standard measurements in units called Maana and Pathi. The bamboo is called ‘pyang’ from newar language. The skill of making bamboo baskets not  only  identifies  their villages  but  also  represents  a  unique  heritage.  Hence,  it  played  an important role in supplying traditional bamboo units to measure and weigh goods.

The settlement is known for its excellence in crafting bamboo, particularly in making buckets used for measurement. Mainly inhabitants of this village are Newars but in recent times Magars people also have started living in the outskirts of the settlement.

Building a sustainable city requires complex multi-disciplinary approaches to take effective and inclusive actions. The transformation is a collaborative process, which requires contributions from all including planners (architects/ engineers), local government, community members, educational institutions, researchers, NGOs, etc. Acme Engineering College collaborated with Story Cycle along with partnership with the British Council-Nepal with a vision to scale ‘Our Dream City’ campaign . The primary objective of the campaign is to design and plan for building more inclusive, creative and sustainable cities by facilitating communication between key stakeholders: Municipality (City Officials), Experts (Engineers, Architects, Urban Planners) and Community. The project will be supported by international experts in the fields of Architecture (Prof. Dr. Sangeeta Singh, TU, IOE, Nepal) and Equitable & Resilient development (Dr. Jonathan Ensor, University of York, UK) as advisors. The students from the Architecture Department at Acme, currently studying in eighth semester, are also involved in this project. The pilot project will be carried out at Pyangaun, which is a settlement located at Godavari Municipality in the Lalitpur district of Nepal. It is a centuries-old crafting village, known for its excellence in crafting bamboo, particularly in making buckets used for measurement called ‘Pyang’.

ACME college with StoryCycle is helping the community of Pyangaun to preserve its history of “Pyang” by increasing digital footprints and collecting stories on the internet through the locals. StoryCycle with the cooperation of Acme, have managed to teach the students and the members of pyangaun on how to create digital footprints on the internet with the help of StoryCamp where participants go out in the field and take various pictures and photos of the culture, people, product and the place that is pyangaun.

The Students of ACME college has been visiting Pyangaun inorder to give the locals of the village proper directions on digital mapping and storytelling. Architect and Engineering students from ACME college, with the help of StoryCycle, have been helping the locals of Pyangaun to understand how the village has been set up, helping the locals better understand their village from a different perspective. Each individual was learning from the other, the students from ACME learning from the villagers and vice-versa, both parties brought something to the table. The villagers knew about the people, product and village itself and the students from ACME knew about what should be done in order to improve their village.

During the initial phase of the program the participants were introduced to what storycycle did, what Our Dream City was and how the youths of this era can increase their digital presence of their culture and their heritage on the internet with technology. We demonstrated how they could take map points from a certain location and add it to the map accessible to everyone around the world visiting would know about.

Later when ACME visited Pyangaun with StoryCycle, it was for the sole purpose of teaching the participants about StoryCamp. In  “StoryCamp: Visual Storytelling Session ” under Our Dream City Campaign, the participants got hands-on mentorship on visual storytelling including photography, filmmaking and script development, which they can use to establish their own digital footprints. StoryCycle taught the participants the basics of photography, filmmaking and script development, which they could use in their daily lives to contribute to their digital presence.

Some of the participants even went further on ahead by submitting some of the pictures they had taken after the session was over the very next day.