Take a tour to the highest mountain in the world and the holy grail of mountaineers, sacred among the Tibetans and Nepalese_Everest. 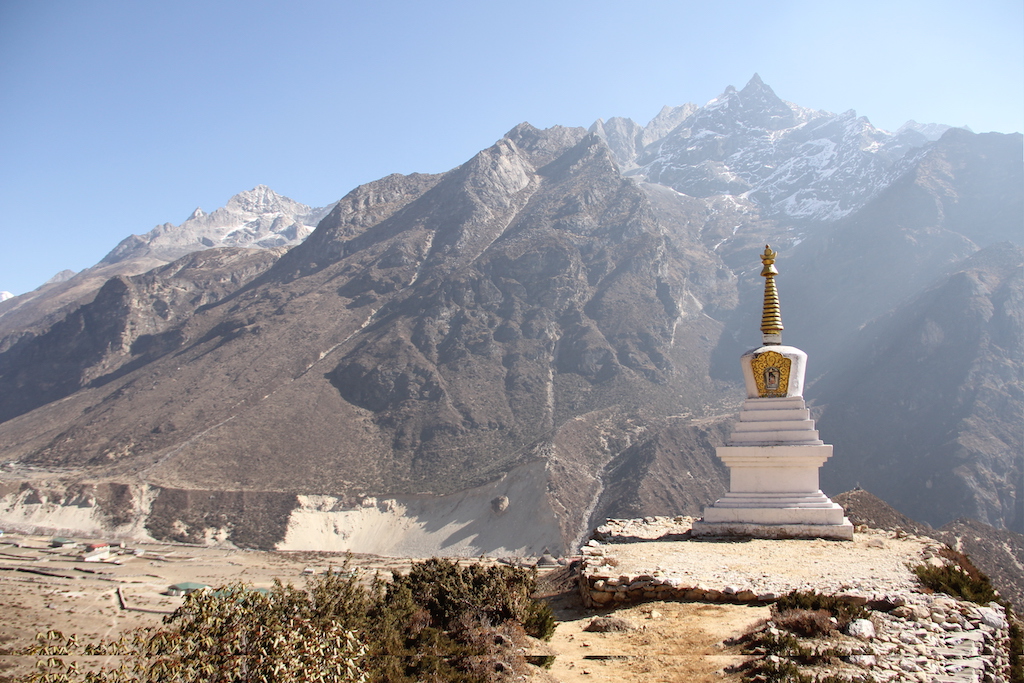 For the Sherpas, Chomolungma, as we call it, is a sacred mountain on which a goddess lives. Months before we begin an ascent, we start worshipping and asking for her forgiveness because we have to put their feet on her body. Right before the final steps to the summit, others run to take photos but I or Sherpas bow their head again and ask for her forgiveness. No matter how strong you are, how good you prepare, you have to be blessed by God to reach the summit.

Thame (pronounced “Ta-may”) Valley lies 20 miles west of Mount Everest, in the upper Khumbu region of Nepal. It is the heart of Sherpa country, a string of high-altitude villages stretching from the market town of Namche to the border with Tibet. Chances are that a man chosen at random has climbed Everest; certain is that every villager has lost a relative or friend to the mountaineering industry. Home to many famous Sherpa mountaineers, including Apa Sherpa, who holds the world record for summiting Everest 21 times, It was also a childhood home of Tenzing Norgay who was (with Sir Edmund Hillary) one of the first men to climb Mt. Everest. The guide who has seen the most clients summit, Everest, under his watch is Lakpa Rita Sherpa, also from Thame. Feats of human accomplishment come from here, and tragedy is also a regular visitor.

There are two main climbing routes on Mt Everest namely

Here, we are exploring the southeast Ridge in Nepal. The southeast Climbing Routes on Mount Everest route in Nepal was the one used by Tenzing Norgay and Edmund Hillary, who were the first people to get to the top of Mount Everest in 1953.

Difficult points of the Southern Ridge

The Khumbu Icefall is considered one of the most dangerous points on the Everest summit route due to the unpredictability of the terrain. Avalanches are not infrequent, there are hidden crevasses, and large blocks of ice have been known to fall down directly on top of climbers.

The Death Zone of Camp 4 is not one particular area on Everest, but rather any area over 8000m, where there is really not enough oxygen for humans to breathe. At the summit of Mount Everest, most people take in around 30% of the oxygen they would at sea level. As such, a human only used to breathing at sea level could only stay on the summit a matter of minutes before collapsing. The body cannot acclimatise.