Take a tour in the Far Western part of Nepal, Saipal, one of the most beautiful and pristine regions in the country and yet, it remains fairly uncharted. 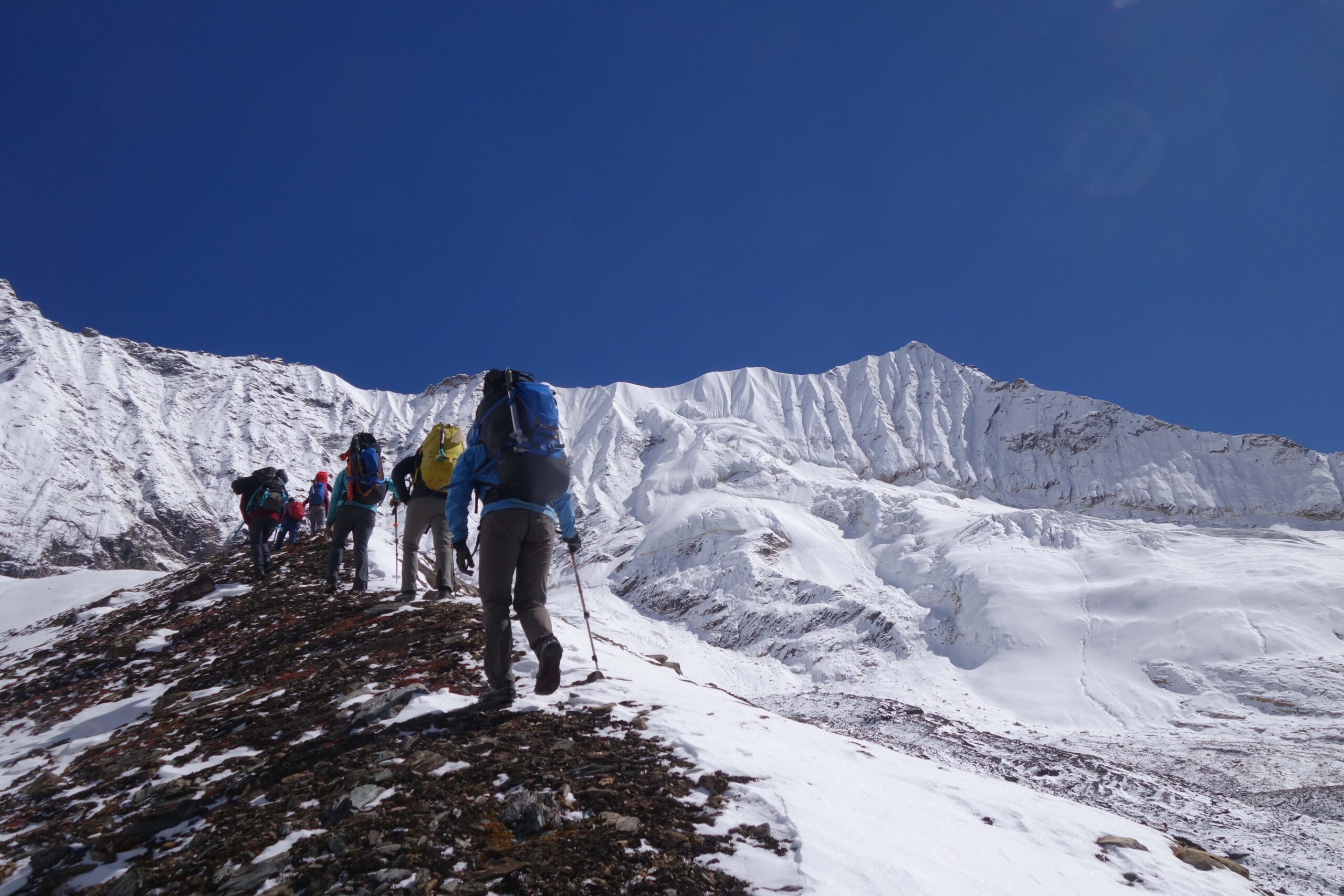 Saipal (7,031m) is a mountain in Bajhang district of Sudurpashchim Province in north-western Nepal. It lies in Gurans Range – a sub-range of the Himalayas range in norther-western Nepal. Mountain experts have divided Gurans range into to sub-sections – Saipal and Yoka Pahar section. These sections are divided by Seti River. While Saipal, Phirankov and Sunapani are the prominent mountains in Saipal section that lies east of Seti River, Api, Nampa and Jethi Bahurani are the prominent peaks west of Seti River. Saipal is the second largest mountain of Sudurpashchim Province and the tallest of Bajhang district. Like other regions in mid and far-west, Saipal is remote and unknown to many. Snowcapped mountains, rocky cliffs, glaciers and glacial lakes, fast-flowing rivers, beautiful waterfalls, Himalayan plateau, vast Himalayan grasslands rich in medicinal herbs like Yarsa gumba are some of the attractions of Saipal area.

Yarsagumba – the caterpillar fungus believed to be a high-value aphrodisiac – has worked wonders in several remote high Himalayan areas of Nepal where farm yield is not sufficient to feed family. People trek to high Himalayan pastureland to harvest Yarsagumba during April-June. According to locals, they earn sufficient amount to feed their family for a year. Some can even send their children to district headquarters or even Dhangadhi for higher education. But loss of forest, due to use of firewood by Yarsagumba collectors, and exploitation of Yarsagumba habitat remains a major concern.

Saipal is believed to be the abode of Lord Shiva. It may be because one can see the summit of Mount Kailash in Tibet from the top of Saipal. Many of the religious significance of palaces, temples, dances, culture are still enclosed within the far-west and unknown to many.

This unique culture and tradition is other attractions of Saipal region. Local people worship ancestral deity named Masto. They connect to Masto with the help of shamans. There are various shrines devoted to Masto god in Saipal region. Local people worship high passes as Langa Devata. Langa is the local term for high passes. Whenever they travel through high passes, they stop and worship seeking permission from the god for the success of their journey. There are many temples devoted to goddesses locally known as ‘Malika’ in the region. Chaiteli Mela is the biggest festival here. People celebrate the festival with great fanfare and rejoicing. Even COVID-19 and local administration couldn’t stop from celebrating the festival in March this year. Bajhang is also known for the local kings. Bajhangi King Jaya Prithvi Bahadur Singh, reformist and educationist, had good relations with Ranas – the rulers of Kathmandu. Locals respect his descendants even today and often consult with the king on different social issues and follow his directions. There is a palace Bajhangi king at Talkot which serves as the gateway to Saipal.

Chhaupadi is perhaps the biggest blemish on this beautiful region. Women are still banished to animal sheds during menstruation. This evil system is so deep-rooted that it is still in practice despite the launch of several awareness campaigns by the government and NGOs.

MISSION SAIPAL: Mission Saipal is an upcoming film by Bhojraj Bhat. The film attempts at raising awareness against Chhaupadi and other gender-based discriminations through empowerment by taking four young girls to Saipal region to the summit of Mount Saipal. I believe the film will help in promotion of tourism in Saipal region as we will be covering the untouched beauty, cultural attractions, festivals, high mountains of this region. Previously, Mr.Bhat has released Sunakali, a film about journey of young girl footballers from impoverished and socially backward Mugu district in far-western Nepal who, against all odds, go on to win a major regional tournament. It has won nearly 40 international awards and has been shown in 85 countries so far.